Rabid bats are front page news lately….however, you may not realize that rabies is around us all the time.

January 1st 2015 the California Department of Public Health released a report declaring 58 counties in California, including Santa Clara, Alameda, Santa Cruz, and San Francisco as rabies areas. In California, the most common animal to have rabies is actually the skunk, not the bat. In 2010 a man died after being bitten by a bat in southern Contra Costa country. In 2011 a child in Humboldt county contracted rabies, presumably from a feral cat, and was one of a few ever survivors of the disease. Worldwide about 55,000 people die from rabies each year, or one person every 10 minutes. Most of the human cases occur in Asia and Africa in areas where routine rabies vaccination of domestic pets is not as prevalent, although 1-3 human cases on average occur in the US each year. Rabies is fatal in both humans and animals.

What can you do to help reduce the risk of rabies?

What happens if my pets is not vaccinated and becomes exposed? 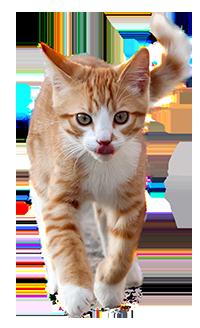 Because rabies can be spread from animals to people, the CDC has set guidelines to keep pets and people safe. According to the CDC, any animal bitten or scratched by either a wild, carnivorous mammal or a bat that is not available for testing should be considered as having been exposed to rabies.

Unvaccinated dogs, cats, and ferrets exposed to a known rabid animal may be euthanized and tested, or the animal will be placed in strict isolation for 6 months at owner expense. Exposed animals with expired vaccinations are evaluated on a case-by-case basis. Dogs and cats that are currently vaccinated are kept under observation for 45 days.