Giardia: Infections in Pets and People

Infections in Pets and People

Giardia is a microscopic parasite that lives in an animal’s intestine. Pets become infected when they come into contact with giardia in water or soil that has become contaminated with feces. Many pets infected with giardia do not have any signs of illness. Other pets will develop diarrhea or vomiting. Over time, giardia can lead to weight loss and poor body condition. 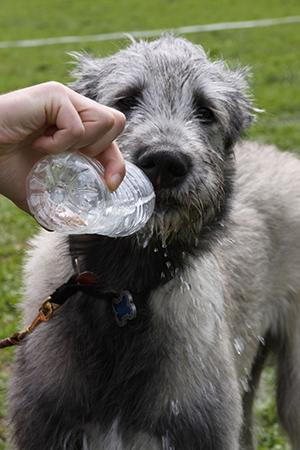 The best way to prevent giardia infection is to make sure that your pet has clean drinking water. Do not allow your pet to drink from water that may be contaminated with the feces of other animals. Your pets stool can be tested for giardia infections. If positive, your pet can be treated with medication. Always remember to pick up after you pet has defecated and throw in appropriate trash receptacles to prevent the spread of giardia as well as other fecal parasites.

Giardia is a common cause of diarrhea in people, but dog giardia is not generally considered to spread from animals to humans. While human giardia may infect our pets and then be passed back to other humans, the majority of human cases are of human origin.